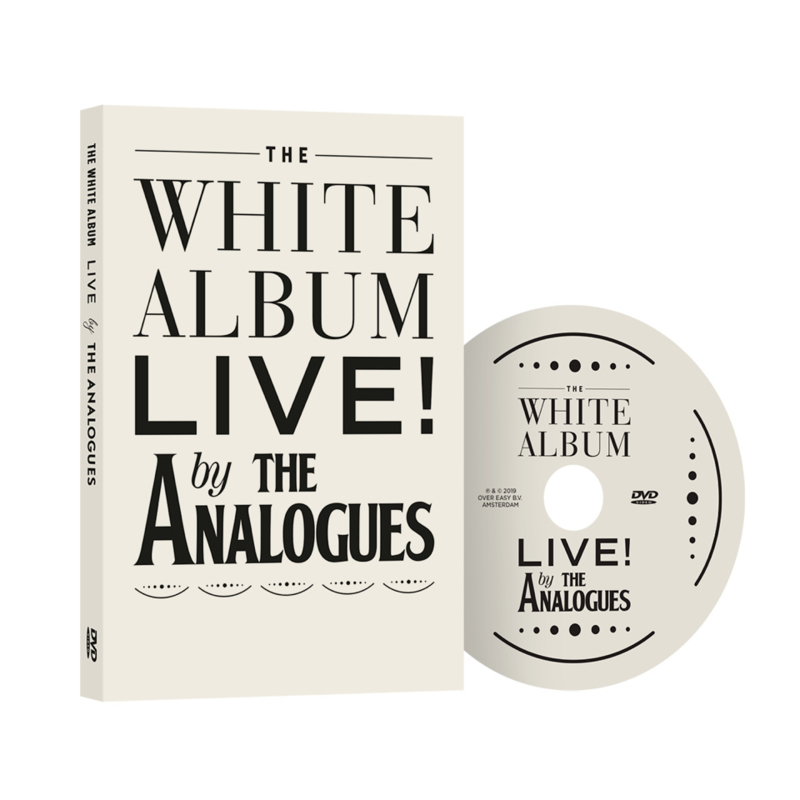 After Magical Mystery Tour and Sgt. Pepper, The White Album is the third live rendition of a classic Beatles-album by The Analogues. It will be released on CD, LP and now finaly on DVD!!

The album was recorded this summer in Liverpool, which is special in many ways. Bart van Poppel of The Analogues: "Of course, The Beatles come from Liverpool, but also we were one of the headliners of the International Beatles Week. We played in the Philharmonic Hall, and although we have already played the show numerous times, it still felt like a kind of premiere. In the Netherlands our audience knows what we're able of, but there we stood for a room with seasoned Beatles experts. And then a bunch of Dutch guys comes over to show them how it's done, that was a bit scary. But the reactions and reviews were incredibly positive."

According to Van Poppel, The White Album is clearly different from, for example, Sgt. Pepper: "It's a double album, so obviously there are more songs, but it's also much more diverse, less coherent perhaps. Yet there are many Beatles fans who find it the most interesting Beatles album. It is really one for the connoisseurs."

When the original is so good, why do you take all that effort to re-record that music 50 years later? Van Poppel: "Well, we have set ourselves the goal to perform the music that The Beatles, after 1966, never played live. We regard it as classical music you can keep alive this way. This experience is very intense when you attend a live show, where the audience sees and feels all the special instruments and the ‘analogue craftsmanship’. But on the recordings we can optimize the performance through a perfect balance in the mix; the live version of The White Album, just as we think it should sound."