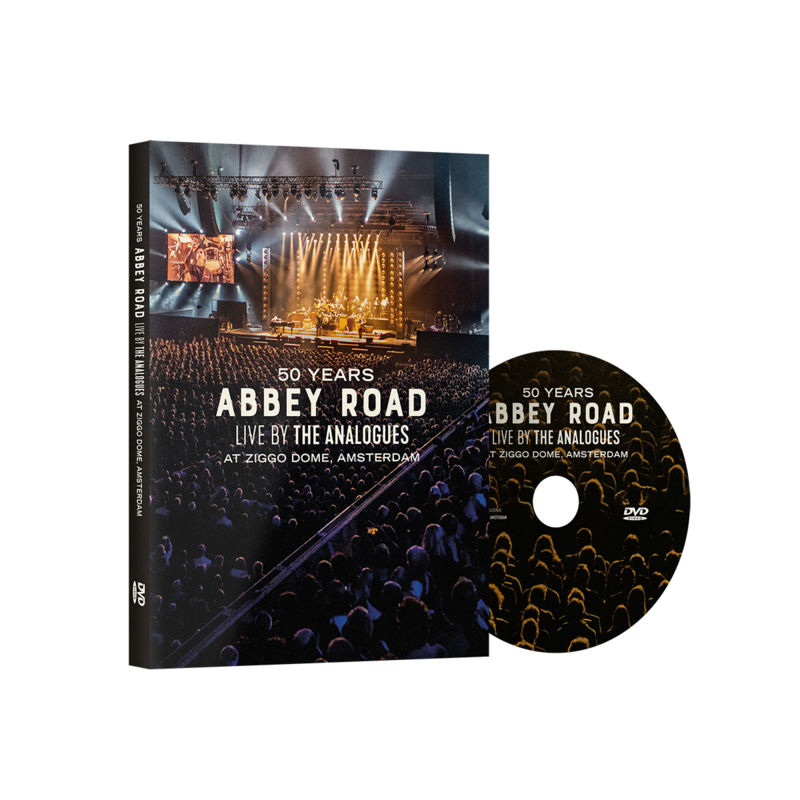 On the occasion of the 50th anniversary of Abbey Road, The Analogues played this latest studio album by The Beatles live in Amsterdam's Ziggo Dome last year. It was a memorable night for a sold-out crowd, with a glowing rendition of the full Abbey Road album and the ultimate bonus, Let it Be.

Beatles connoisseurs of course know that Let It Be was the last album to be released, but that Abbey Road was the Beatles' last collaboration. A masterpiece that has lost none of its expressiveness 50 years later. Abbey Road is reproduced live in all its glory by The Analogues, with an extensive orchestra (wind, strings) and the original vintage instruments, and in a packed Ziggo Dome. Director Marcel de Vré has perfectly captured the atmosphere of this memorable evening.

“We hope to end an uncertain and disappointing year with the release of this concert (not previously broadcast). That we will soon be able to enjoy such an evening with thousands at a time - until then we have to make do with this DVD ...! ”

The DVD "50 Years Abbey Road Live by The Analogues at Ziggo Dome Amsterdam" contains, in addition to the full rendition of Abbey Road, 2 bonus tracks ('Let it be' and 'Eleanor Rigby') and exclusive behind the scenes material.